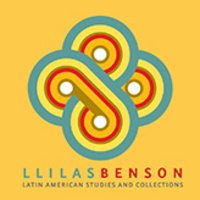 The Self of the Mexican: A Historic-Psycho-Socio-Cultural Review

Tinker Visiting Professor Rolando Díaz-Loving presents a talk titled "The Self of the Mexican: A Historic-Psycho-Socio-Cultural Review."

The self and the identity of the Mexican has been forged through centuries of multiple ethnic interactions. Díaz-Loving, a social psychologist, charts its trajectory in this talk. From a diverse pre-Colombian period to the interaction of indigenous groups and Europeans over three centuries, this identity came to be through a long Independence war, a Reform movement that interrupted a foray into monarchy, a turbulentRevolution and emancipation of the ethnic character, a series of philosophical and literary depictions during the early twentieth century, now described by an empirical psycho-socio-cultural delineation of the self of twenty-first-century Mexicans.

Rolando Díaz-Loving is full professor in the School of Psychology at the Universidad Nacional Autónoma de México, and a member of Mexico’s National Council of Science. His research focuses on psychological processes in couples and families, sexual behavior, health, and HIV, as well as cross-cultural psychology and ethno-psychology. He will teach a course titled Social Psychology in Latin America: An Ethno-Psychological Approach, in spring 2019.

To RSVP and receive event updates on Facebook, visit The Self of the Mexican.