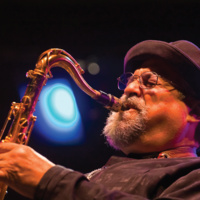 The University of Texas Jazz Orchestra with Joe Lovano