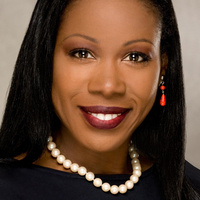 "The Warmth of Other Suns: The Epic Story of America's Great Migration” talk by Pulitzer Prize-winner Isabel Wilkerson

The Department of History’s Littlefield Lecture Series invites you to attend:

"The Warmth of Other Suns: The Epic Story of America's Great Migration”
A talk and book signing with the author, ISABEL WILKERSON

Pulitzer Prize winner Isabel Wilkerson is author of The Warmth of Other Suns: The Epic Story of America's Great Migration, the New York Times’ bestseller that brings to life one of the epic stories of the 20th Century through three unforgettable protagonists who made the decision of their lives during what came to be known as the Great Migration. In her years of research, Wilkerson raced against the clock to reach as many original migrants as she could before it was too late, interviewing more than 1,200 to identify the book’s three main characters.

“Wilkerson has created a brilliant and innovative paradox: the intimate epic. At its smallest scale, this towering work rests on a trio of unforgettable biographies, lives as humble as they were heroic… In different decades and for different reasons they headed north and west, along with millions of fellow travelers. . . In powerful, lyrical prose that combines the historian’s rigor with the novelist’s empathy, Wilkerson’s book changes our understanding of the Great Migration and indeed of the modern United States.” —Lynton History Prize, conferred by Harvard and Columbia universities

Wilkerson won the Pulitzer Prize for her work as Chicago Bureau Chief of The New York Times in 1994, making her the first black woman in the history of American journalism to win a Pulitzer Prize and the first African-American to win for individual reporting. Wilkerson has also won the George Polk Award, a John Simon Guggenheim Fellowship, and she was named Journalist of the Year by the National Association of Black Journalists.

Free and open to the public. Please join us Tuesday, March 26, at 4:00-6:00pm, in the Blanton Auditorium in the Edgar A. Smith Building (EAS). Map: https://goo.gl/maps/QsxJwRFhexy

Notice regarding photography: Please ask permission prior to taking a photo of/with Ms. Wilkerson. Please have flash on phone activated prior to approaching the table for the photo. All photos must be taken from in front of the signing table. If you desire to publish the photo for social media, websites, and/or publication, permission must first be granted by Jayme Boucher (jboucher@prh.com).