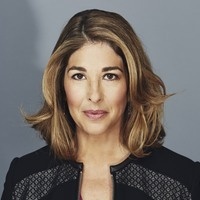 Naomi Klein Klein’s first two books, No Logo (1999) and The Shock Doctrine (2007), were international hits, with each book being translated into dozens of languages and selling over 1 million copies. The Shock Doctrine exposes the ulterior motives of the neoliberal economic paradigm—not to bring freedom and democracy to developing countries, but to exploit their labor and resources through austerity politics. Often, the imposition of this neoliberal paradigm occurs in places recently impacted by disasters, whether natural or purposely instigated. Thus, Klein’s neologism of “disaster capitalism.”

Klein’s most recent book, This Changes Everything (2014), argues that Capitalism CANNOT carry on with business as usual. Something beyond its power demands that be replaced with something else—Climate Change. Do not expect to find doom and gloom, however, in Klein’s book. Indeed, Climate Change is our “civilizational wake-up call.” First exposing the climate denial of the right and the ideology campaigns of wealthy, vested interests, Klein quickly moves into visiting small revolutions across the world, where people are responding to Climate Change in a way that benefits the economy, the people, and the planet. Reviewing these empowering movements, we feel compelled to answer “Yes” to Klein’s question: “History is knocking on our door; Are you ready to answer?”


To learn more about Naomi Klein, please visit her website,

Additional support for Naomi Klein's visit is provided by The Texas Insititute for Literary and Textual Studies, Department of English.