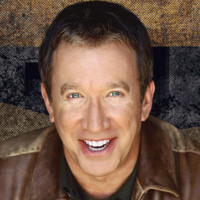 Following over 30 years spent in the stand-up comedy spotlight, winning a Golden Globe and an Emmy nomination for his hit television sitcom Home Improvement, Tim Allen has crafted his comedic style to take back the stage again. With a new stand-up act that has been selling out venues in Las Vegas, filling crowds night after night in The Venetian and The Mirage since 2011 - he is now taking his act on tour!

Don’t miss Tim Allen’s hilarious take on day to day life that is sure to make it a memorable night. Join him as he humorously asks - and pokes fun at - life’s big questions.

FOR MATURE AUDIENCES. Due to the “R” rated nature/material of Tim Allen’s upcoming performance, we will be enforcing an 18 and older age minimum to attend the show. Venue staff may ask to see ID’s from those appearing to be under 18.