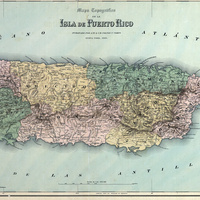 "Send a Mayday call all over the world: we are dying here," pleaded Carmen Yulín Cruz, the mayor of San Juan, Puerto Rico, a week after Category 4 Hurricane Maria barreled across the island and leveled its communications, transportation, waterworks, and energy infrastructure. Her impassioned press conference went viral in global media, provoking an infamous storm of tweets that rebuked her as a "politically motivated ingrate."

Since that day, several public officials have acknowledged that local, federal, and international relief efforts are still lagging far behind in coping with the magnitude of the humanitarian crisis affecting Puerto Rico as well as Antigua and Barbuda, Anguilla, Dominica, St Martin and St Barts, and Turks and Caicos islands in the wake of hurricanes Irma and Maria. But beyond the immediate human needs, there looms the reality of ecological devastation and economic and political ramifications that could take years to resolve.

How did Puerto Rico and other Caribbean countries in distress get to this point? How extensive are the losses and how do we assess them? Has this disaster received appropriate media coverage? What role has the “ second-class citizenship" of residents in Puerto Rico and the US Virgin Island played in the matter? How have the debt crisis, fiscal austerity measures, a reduced public sector, and an ongoing exodus to the US contributed to make matters worse? To what extent is this disaster natural, and to what extent man-made? How can the Caribbean move forward while confronted by hurricane seasons that seem weaponized by climate change?

Four weeks after the landfall of Maria, LLILAS Benson hosts a Foro Urgente to begin addressing these questions. Participants will include current and former faculty members engaged in the study of economics, environment, law, medicine and mental health, media, race, gender, society, culture, and migration in Puerto Rico and throughout the region. Austin community representatives coordinating humanitarian projects for Puerto Rico and neighboring islands will also be there to inform the public of their ongoing relief efforts.

Free and open to the public.