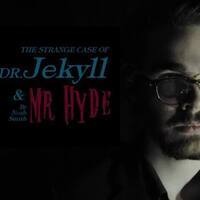 Dr. Henry Jekyll is a brilliant scientist frustrated by dull "respectable" life in 1888 Victorian London. He creates a formula to unleash his inner bestial nature, transforming him into the brutish but oddly compassionate Edward Hyde. Hyde lives the high life while Jekyll's middle-aged normalcy continues -- until Hyde's passions begin to turn up a body count. This intimate, easy-to-stage version of Robert Louis Stevenson's science fiction classic features two haunting chorus characters, who speed along the action and speak to Jekyll as the voices in his head, spurring him toward triumph and tragedy.

Disclaimer:
This show contains sensitive themes of sex and violence as well as crude language. With respect to our audience and any one who may feel affected by such themes, we fully endorse reaching out to the following resources:
UT CMHC:
https://cmhc.utexas.edu/contactcmhc.html
Crisis Line for Students: 512-471-CALL (2255) (UT Students Only)