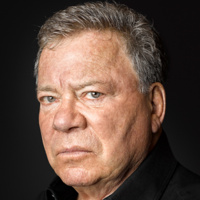 William Shatner and Star Trek II: The Wrath of Khan

Set your phasers to stun! Prepare to be beamed up for an unforgettable night with William Shatner, live on stage. In this unique evening you’ll enjoy a screening of the classic film “Star Trek II: The Wrath of Khan” on the big screen. Following the movie, one of Hollywood’s most recognizable figures, William Shatner, will take to the stage to share fascinating and humorous behind the scenes stories from portraying the original “Captain James T. Kirk” in the Star Trek television series and movies as well as his career spanning over 50 years as an award winning actor, producer, director and writer. Fans will also have a chance to ask William their question during the audience-led Q&A. For more details visit http://williamshatnertour.com/

A limited number of VIP tickets will be available, which include a post-show photo op with William Shatner. No autographs will be allowed and photos will be taken by a professional photographer.

Lovely event. It remains a well paced and engaging action movie that happens to have some of my favorite characters and actors in it.

William Shatner remains an engaging and energetic persona. I simply enjoyed hearing his robust voice and appreciated him sharing stories old and new . We can all hope to be as active and loving of life when we are each 87. I'm very glad to have attended.